Toward the Jubilee: Regional Outreach, Orlando!

“It was a special event as 35 people gathered at St. Mark the Evangelist Church in Summerfield, Florida on October 17th for the Commitment Luncheon of the “Towards the Jubilee” Campaign.” ~Al Hartley Event Coordinator

Back in June of this year the National Service Committee approached long time donor and friend of the NSC, Al Hartley to see if he would be willing to be our representative and help to coordinate a pilot regional event for the campaign, “Toward the Jubilee.” Al agreed and the process of planning began with the intercessory prayer support of the DLJC Sisters. Pitching the idea to the Executive Committee and Commission in Orlando, Al formed a steering committee that made presentations and sent letters to leaders throughout the area. In September at their conference the steering committee set up a table and handed out Toward the Jubilee case statements and pledge forms all in preparation for the Commitment Luncheon the NSC would host on October 17th in Orlando.

“The day began with a time of praise and worship led by accomplished musicians Roger Grenier and Margo B. Smith. These two leaders have a gift for calling forth the Holy Spirit in a community setting. This opening session set the mood for the day as the praise rose to the heavens and the blessings flowed down. There were many prophetic words spoken that contributed to the desire for all to open their ears to what was to come. It was a blessing to worship with charismatic Catholics many of whom have been in the renewal since the 1970’s. You could truly feel the presence of the Holy Spirit.

Following the worship service a presentation was given by Walter Matthews, Executive Director of the National Service Committee (NSC). His anointed talk clarified the vision of the Catholic Charismatic Renewal from its inception in 1967 until the present and increased awareness of the history of the baptism in the Holy Spirit. After helping the group to have a greater understanding of the function of the NSC and their financial needs Walter invited the listeners to commit to the vision by supporting and praying for this important group.
Walter then discussed the procedure to be used in making a pledge or giving a donation.   Pledge forms were passed out with envelopes and people were given the opportunity to contribute.

A break was taken before lunch which provided the opportunity for people to meet each other. Lunch was served and enjoyed by all. During the lunch Walter took the opportunity to circulate among the participants – forming relationships and answering questions.

This community building experience helped many to realize that they are not only a member of a local prayer group but are a part of a much broader move of the Spirit.
It was truly a special day!”

Walters talk was truly anointed as in his words, “he was here to offer an invitation not to take a collection.” An invitation to partner with the NSC who had just hired a National Young Adult Coordinator, David VanVickle who will be instrumental in our mission to foster the dynamic grace of baptism in the Holy Spirit to the next generation! The day was extremely successful on so many levels. Yes we walked away with some $10,000 dollars in pledges and donations for the campaign. But more than that, there was an understanding gained by all in this process that we are truly one body and together we will say yes to the Lord as He desires all to experience this life changing relationship with Jesus Christ and the love of the Father! Even so come Lord Jesus!

We have sent out letters of invitation and met with other leaders throughout the country requesting their commitment to coordinate events in their areas. To date three leaders have planed something specific and several others are considering. We need your help! If you would like to coordinate an event or have an idea to help us achieve our goal to raise $1,000,000 to foster baptism in the Spirit to the next generation and build our Third Millennium Fund for the New Evangelization please contact:

Jimmy Archer,
Campaign Coordinator and Member of the National Service Committee on his cell phone at 304-629-6296 or email at Hisheartja@aol.com.

Statement on the Year of Unity in 2015 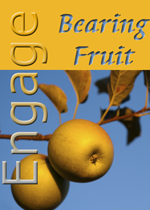 NEW! – July 2019 eNewsletter: Click on the image above to read our current eNewsletter