The story of Catholic Outreach, Resources and Evangelization (CORE) Ministries in one sentence: We discovered clear, simple proclamation of the Gospel, in the power of the Holy Spirit, first transforms the individual lives of regular people and then transforms whole churches. We tell our story only because “it is unthinkable not to give witness to what the Spirit has done.”

Mary Hagar embarked on a deep internal search for a purpose in life not found in “Catholic activity” nor in standards of human success. Sad, lost, empty, Mary cried out to God to show himself. Mary found the presence of a living, loving and healing Jesus who, at the same time, poured out his promised Spirit for a personal conversion with lavish abundance of gifts for the Church.

In early Spirit-led years Mary had a welling passion to evangelize, desperate for an outlet. Her teaching gifts took on charismatic power. As a Youth Minister and DRE she used every conversion tool the Church offered. It was exciting yet depressing. First the “choir came.” God bless them or she’d have been talking to herself! However, the universal response to “making disciples” was always the same: “We don’t know what you’re talking about nor how; are you sure this isn’t heresy?” Attempting to evangelize during Jubilee 2000, Mary found a disconnect between the emerging vision of the Church and people in the pew. One life-long Catholic summarized it saying, “Mary, the Church is on yet another train to a dead end.”

Deacon Mike Thoennes, a product of Religious Education, was known as a “good Catholic” boy. He “graduated” at Confirmation—sacramentalized but not evangelized. Later, ordained to serve the Church, less sure that Jesus was who he said he was. Finally questioning whether he was more a disciple of the Church than of Christ.

So by God’s plan, a long-time charismatic and a new deacon, never having met each other, ended up in the same parish at the same time. Mary invited Mike to attend the Healing Conference at Franciscan University… he didn’t realize it was charismatic. Once there, he decided to “endure” the weekend. It was too late—God had other plans! One evening, Fr. Ed McDonough said he had a gift of the Spirit to sprinkle people with holy water and they would be baptized in the Holy Spirit. While Mike doubted its truth, it happened.

Mike’s gifts for administration, preaching and worship perfectly complimented Mary’s gifts of teaching, hospitality and discernment. In time they discovered the emerging whole (meaning, CORE) was greater than the sum of the parts. They talked, prayed, studied, and sought like-minded Catholics. Prayer confirmed it: “Wow! Look where the Church is going and nobody knows it!” We concluded that, rather than swimming in the prophesied ocean of grace, we were floundering—so God showed us how to swim.

A flyer for a 10-day School of Catholic Evangelization through Renewal Ministries arrived. We enlisted our hungry people to go. To say we experienced an epiphany hardly covers what happened. With clarity, focus, and power the School placed the strange-sounding “evangelization vocabulary” in the context of the proclamation of the Gospel, in the setting of all of salvation history and our place in it by virtue of Baptism.

The clear vision came: Stop struggling to do the work Jesus claimed for himself: “If I am lifted up, I will draw all people to myself.” It’s deceptively simple and shockingly true: convert hearts “solely on the message itself.” Following the advice to “test all things,” we’d show up for duty, point to Jesus, and get out of the way. We also knew we needed a simple tool and environment to present the basic Gospel message. We were at a standstill, either find that tool or start from scratch.

God’s timing is perfect. A flyer arrived: “Alpha in a Catholic Context.” Again, we took a crowd and agreed, “This is it!” Alpha provided what we’d have done if we started from scratch. With approval of Archbishop Harry Flynn we piloted Alpha as an evangelization tool: a tool to enfold the yeast of the Gospel, working it throughout all the lumps of dough of Church life.

We didn’t have every charismatic gift so we drew together a team who had all the gifts needed to become “environment architects.” Using Alpha with the explicit approval of our pastors, we centered every area of church life and catechesis on a love relationship first so that information and content could take hold.

We redesigned content, curriculums, presentations, and set environments whose activity and information were preceded by and dovetailed with a personal connection to the Lordship of Christ and his Spirit. We believe that people needed to belong before they believe. We would form communities built upon, within, and among Spirit-empowered groups. Imagine: layer upon layer of proclamation activity introduced into all the raw material of Church including Councils, Committees, Sacramental prep, RCIA, Youth Ministry; Religious Ed, Adult Formation, Parenting, Family Life, Senior activity as well as ministries at the Mass—the list goes on!

Our pastors didn’t have to wait long to see fruit! After years of mediocre success we discovered that the truth of the Gospel is magnetic, life-giving, and mission-directed all by itself. With a growing base of empowered Catholics, young and old, on-fire because Jesus has captured their hearts, declining rural churches began bubbling and fighting for life.

Astounding! Significant life and church changes happened so consistently that many paid attention: people, parishes and even our archdiocese. As evidence of “fruit” spread to hungry parishes we were filled with requests for help. CORE expanded with over 60 team members. We began to support Catholic evangelization wherever we could. CORE has mentored more than 30 Catholic parishes and many Protestant parishes. We were blessed by Renewal Ministries to tell our story at various “Evangelization Schools” including the Archdiocese of St. Louis, Diocese of Houma-Thibodaux, Archdiocese of St. Paul and Minneapolis, and other smaller venues across the country with hope to stir others to “test the truth” in their local setting and watch it catch fire!

The fruit from an anointing and empowering Spirit speaks for itself: blossoming parish, larger Mass attendance, double and triple RCIA programs, marriages restored, relationships healed, lost souls returning to the Church after decades of absence, and more meaningful sacramental reception. CORE has faithfully documented hundreds of written and video testimonies and was featured in a recent episode on EWTN by Renewal Ministries.

The story of CORE is a vast accumulation of evidence that barriers fall in the face of truth; that proclamation activity always finds favor with God; and his Spirit always pours out an abundance of gifts to be able to do so effectively. The evidence is in! Only one verdict is possible: The treasure in the field is real, true, life-giving and empowering for mission. Sell everything to find it. You can’t waste a day. 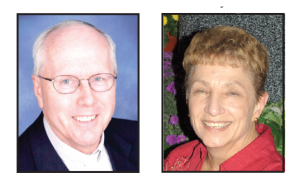 Deacon Mike Thoennes is the Liaison in the Diocese of New Ulm, Minnesota and is a dentist. Mary Hagar is the Director of Religious Education at St. Mary’s Catholic Church, Waverly, Minnesota; Together they formed CORE Ministries in 2002; Among their many activities, they both serve on the Board of the Catholic Charismatic Renewal Office located in the Archdiocese of St. Paul and Minneapolis.