What We Have Seen and Heard

The Charismatic Renewal at Notre Dame 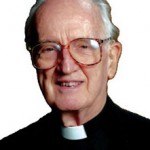 The name Charismatic Renewal comes from the ‘charisms’ of the Holy Spirit, of which St. Paul speaks in several texts, especially in I Corinthians 12: the gifts of tongues, prophecy and healing, the power to work miracles, discernment of spirits and others. Judging from the way St. Paul speaks, these gifts seem to have been a common part of the life of the early Church, so that the apostle had to give his readers regulations on how to use them. Over the first few centuries, however, they largely disappeared, occurring only in the lives of exceptional mystics.

The charisms reappeared at the beginning of the twentieth century in some Protestant churches in Kansas and California. Most Protestants rejected them, with the result that a new type of church, called “Pentecostal,” was formed. The Pentecostals soon became the fastest growing denomination in the world.

In 1967, the Pentecostal movement penetrated into the Catholic Church at Duquesne University in Pittsburgh. The first people involved were two young theology professors, William Storey and Ralph Kiefer, both former students of mine at Notre Dame. While preparing for a retreat which they had organized for students, the two of them both had a profound experience of the presence of the Holy Spirit through prayer to be baptized in the Holy Spirit. This led them to focus the retreat on the Holy Spirit. It was attended by about twenty-five students and two professors, and climaxed with a dramatic experience of the Holy Spirit by many who were present. Most of them found themselves speaking “in tongues,” and several received other gifts.

The two professors visited Notre Dame shortly thereafter, told about their experience, and prayed over some of our students. This was the beginning of the Renewal at Notre Dame. From here, as well as from Ann Arbor, it spread across the country and around the world.

The Catholic bishops were somewhat uneasy about this movement at first, but after interviewing several of the leaders, they accepted it. Pope Paul VI was also very concerned about this movement, but Cardinal Suenens from Belgium reassured him. The present Pope, when bishop of Buenos Aires, had been very skeptical about the charismatics, but later accepted them wholeheartedly. “They are a grace of the Spirit” he declared as quoted in “The world seen from Rome,” Zenit 130729.

The most famous charism is also the one most misunderstood. Glossalalia (praying or speaking in tongues) does not mean the ability to converse in a language one has never learned, though there are instances of such over the centuries. It is primarily a gift of prayer, in which a person finds himself speaking words he himself does not understand. He senses the presence of the Holy Spirit speaking through him. It is also, as Paul makes clear, like prophecy when spoken in a group and accompanied by the charism of interpretation.

Prophecy, however, is also misunderstood. It doesn’t necessarily mean prediction of future events, although it includes that. Essentially, prophecy is a message God gives one person to be communicated to another or group. Obviously, the crucial question is whether the message really comes from God or is the work of imagination; but often there are very convincing signs that it is genuine. In group settings it is the discernment of the body that confirms it as God’s word.

(There is much more to the Gift of Tongues and Prophecy than can be addressed here.)

In any case, these charisms are only the external manifestations of the movement. More important is the renewal brought about in the lives of the participants: the peace, joy and love they experience, which makes them eager to praise the God who has so deeply touched their lives.