The Ark and the Dove: The Upper Room of the New Pentecost 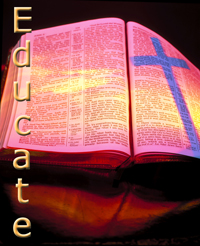 “In the fifteenth year of the reign of Tiberius Caesar, Pontius Pilate being governor of Judea, and Herod being tetrarch of Galilee and his brother Philip tetrarch of the region of Ituraea and Trachonitis, and Lysanias tetrarch of Abilene, during the high priesthood of Annas and Caiaphas, the word of God came to John the son of Zechariah in the wilderness.”

I always laugh when I read this passage from Luke 3. Though I know that this verse is meant to date the beginning of John’s ministry, I see it as the Holy Spirit scouring the landscape for a person the Father can use for the kingdom and after passing over the most notable personages of this important region, he settles on a simple man in the wilderness named John. As I said, I laugh because God can use anybody, but he chooses, not the most gifted, but the most available. Where you would think faith would thrive, it doesn’t and where you think it would not, it soars.

This brings me to the “Duquesne Weekend” of nearly fifty years ago. The Father searches the landscape for people he can fill with his Spirit and he picks some university students whose only recommendation is that they are hungry for God, ordinary Catholics who just want their faith to be strengthened. In some ways it could be said they aren’t sure what they want, but they are postured Godward and that seems to be enough.

Can anything good come out of a wilderness or Pittsburgh, for that matter? Apparently the answer is “yes!” Examine the fruit that was produced from John’s ministry and consider that over 150 million Catholics have been baptized in the Holy Spirit over the last forty plus years as the result of a little flame that was lit in an unknown place called “The Ark and The Dove.” Obscure students with no spiritual credentials to speak of were chosen to set an explosion that would ignite the Church with “a new Pentecost!” Within a few short months, like a wildfire, it spread quickly to other parts of the country and then to the rest of the world.

Many people think the “Duquesne Weekend” happened at Duquesne University, but that would be too obvious. So just like the participants of this retreat, God painted outside the lines and took them to a small retreat place in the wooded wilderness of the North Hills of Pittsburgh called “The Ark and The Dove.” From this anonymous corner, the Lord launched “a Pentecostal grace for the whole Church.” Few people know of its existence and groups who have used this facility through the years have had no idea of its historic significance to the Catholic Charismatic Renewal. Thousand of folks have met there, had retreats and even prayed in the chapel where the Holy Spirit poured out his holy presence in February of 1967 without knowing of its importance.

With the spread of this “new current of grace” the Ark and the Dove was lost from the narrative and it simply became known as the “Duquesne Weekend.” From 1967 the place changed ownership and names a couple of times, but it remained a retreat center. Earlier this year the National Service Committee learned that it was going to be sold and the idea of preserving it as a pilgrimage site was brought up for discussion. Since it is, in fact, the birthplace of the Catholic Charismatic Renewal, the talks were serious and acted upon with earnest. Thus, in June the NSC undertook efforts to purchase the property. Over the following months with much prayer, many conference calls and constant reliance on the Holy Spirit, “The Ark and The Dove” now belongs to the Renewal!

From the beginning, the process of this decision was to take one step at a time, to order our steps with the Holy Spirit and not presume on him. Where he led the NSC followed; when he stopped, we stopped. In August an offer was tendered with a deadline set for October 20 and on that day the money for the purchase was offered in the form of a loan by an anonymous donor to secure the property. The NSC closed on the deal on December 18, 2015.

Because the NSC believes that this “holy ground” belongs to the Renewal at large and not just to them, they will be partnering with other Renewal groups to form a separate non-profit entity, The Ark and The Dove, Inc., to operate the facility. The expectation is that charismatics from all over the world will come to The Ark and The Dove to visit, pray, retreat, study and honor the great move of the Holy Spirit that occurred there nearly a half of a century ago.

This outpouring of the Holy Spirit on the “Duquesne Weekend” spontaneously ignited these students and then set ablaze an unquenchable fire that continues to spread throughout the Church today. In a similar way what was an indistinct vision to the NSC a few months ago has become a reality. Clearly, led by the Holy Spirit, we purchased the “Upper Room” of the “New Pentecost!

For more about The Ark and The Dove visit: www.thearkandthedoveworldwide.org

Lent as a Season of the Holy Spirit

12th Edition of the New Life in the Spirit Manual