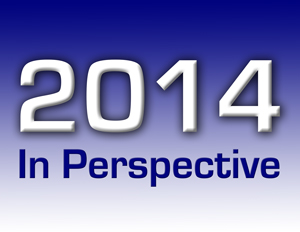 The Year of Charisms and Grace for the Church

Thanks to your generosity our Income excluded Expenses by $50,000 which has been put aside for future new Initiatives and put in our Third Millennium Fund for the New Evangelization. Our mission remains clear as Pope Francis encouraged the Church last June: “I expect from you that you share with all, in the Church, the grace of Baptism in the Holy Spirit.”

The Year of Charisms and Grace for the Church was emphasized in many ways throughout the year including articles in Pentecost Today and in the eNewsletter, as well as at our National Leaders’ and Ministries’ Conference held in Pittsburgh in November, whose theme was: Ignite: Charisms, Renewal, Unity. Here are five highlights of the Year.

At the recently held meeting of the NSC, outgoing Chairman, Jane Guenther, presented the members with completed copies of the Strategic/Pastoral Plan, 2015-2020. The work on this was prompted by a donor approached in Phase I of the Toward the Jubilee: 50 Years of Grace for the New Evangelization. While very much an internal document to set the direction for the Committee’s work over the next five years as we move to and beyond the Renewal’s Jubilee, we hope to put the 4 Strategic Priorities on the website soon. Without a vision the people perish!

Toward the Jubilee: 50 Years of Grace for the New Evangelization

This “Capital” Campaign was launched quietly in 2013. Phase III was launched publicly at the National Leaders’ and Ministries’ Conference in Pittsburgh. The Campaign seeks to raise $1,000,000 with two goals in mind: “expand our events and electronic outreach to newer audiences, particularly youth and young adults (included here is the hiring of a young adult minister for this area of outreach); and strengthen the long term financial stability of the NSC through the Third Millennium Fund for the New Evangelization.”

To date we have raised $300,000. The success of the Campaign will make the Strategic Plan possible. At the recent NSC Meeting a draft of the Young Adult Minister’s job description was discussed and awaits only the funding from the Campaign to be achieved in order to go forward.

A number of years in the making, we worked with Bishop Sam Jacobs and the other members of the Catholic Ecclesial Movements and New Communities in the U.S. in Conversation to hold a Celebratory Event in Olney, Maryland (a suburb of Washington, D.C.) for about 900 participants in the movements and new communities. The event was blessed but more importantly bridges of fellowship, understanding and friendship were forged with some 15-20 groups represented. A highlights DVD is available for a nominal price. If interested, please contact us.

The Conversation continues to meet by phone and once a year in person to encourage one another in the work of the New Evangelization and in the several initiatives we do like the Celebratory Event. We held our fifth event for Bishops about the Movements and New Communities and the New Evangelization at the USCCB meeting in November. Over 20 bishops and a number of USCCB staffers attended.

This Subcommittee, headed by former NSC Chairman, Fr. Bob Hogan, BBD, meets by phone five or six times a year. It was responsible for the statement “Year of Charisms and Grace for the Church” issued in 2013 in preparation for 2014, and the statement “Year of Unity” issued in 2014 in preparation for 2015. If you have not seen or read it, it is available here.

Most importantly, the Subcommittee has worked for over two years on “Fostering Baptism in the Holy Spirit: A Covenant of Understanding” which went through extensive consultations with several bishops, former members of the NSC, major streams of covenant communities, a number of ministries, and ethnic leadership. At the Gathering of National Leaderships Groups a few weeks ago, over 35 leaders present signed the Covenant as individuals, as leaders of Diocesan Renewals, Covenant Communities, Ministries or Prayer Groups, or as members of national service committees. There was at least one signatory representing an ecumenical community and the Sword of the Spirit. Throughout 2015 we will be promoting additional signing ceremonies and especially the message the document contains.

Not waiting for the results of the Toward the Jubilee Campaign, the Service Committee has embraced outreach to young adults and young leaders in the context of the National Leaders’ and Ministries’ Conference. In Pittsburgh we held a special track for Young Leaders’ with over 70 attending. We also opened up the Saturday evening session as a Festival of Praise featuring Fr. Dave Pivonka and Bob Rice which drew an additional 100-150 young adults.

We continue with our ecumenical outreach, publication of Pentecost Today and the eNewslettter, Outreach Events, and conferences. We have begun planning the 2015 National Leaders’ and Ministries’ Conference to be held November 13-15 in Herndon, Virginia (near Dulles Airport). The theme is In the Spirit through the Cross one Body. The National Leadership groups have formed a Planning committee for the 50th Anniversary Conference in Pittsburgh, July 20-23, 2017. The theme is Share the Current of Grace.

Thank you again for your support for the work we do on your behalf and the work we do together with you. The Renewal is truly a “grace for the Church.” In this Year of Unity, let us “Seek the unity of the Renewal, unity that comes from the Trinity,” as our Holy Father stated to us in Rome. Blessings. 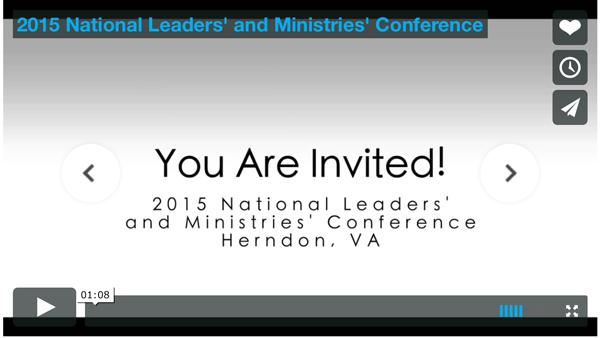 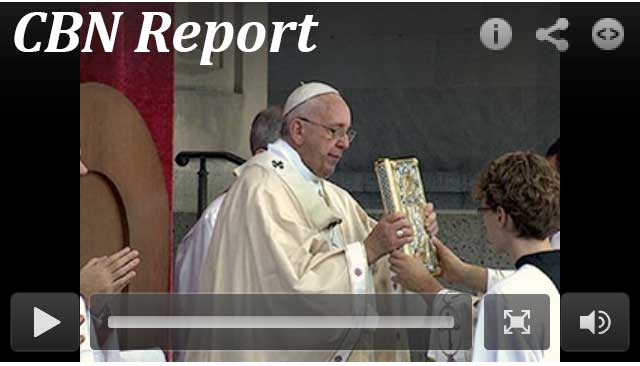 CBN report on the Gathering of the Renewal 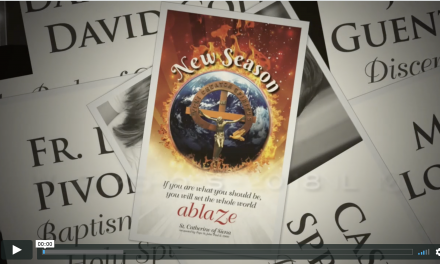