The National Service Committee of the Catholic Charismatic Renewal (NSC) announces that their longtime Executive Director, Walter Matthews, will retire as of December 31, 2020. Walter has faithfully served the NSC and the Renewal in the U.S. for over 35 years since May, 1984, and as Executive Director since January, 1993. Through his devoted leadership, the NSC is well positioned to embrace the expanded role for the Renewal that the Catholic Church is now requesting.

The NSC is excited about our expanded role in this “new season” for the Renewal with the establishment of CHARIS (Catholic Charismatic Renewal International Service) under the oversight of the Vatican’s Dicastery for Laity, Family and Life. We are working with the other Leadership Groups in the U.S. to form a National Service of Communion (NSoC), as called for by the CHARIS Statutes, whereby the NSC will support the Renewal in an expanded capacity.

As the NSC prepares for this period of transition, the Service Committee has entered a period of sustained prayer and discernment. We strongly believe that the Holy Spirit will continue to lead us in this time of transition and we are seeking to be docile to the Spirit’s guidance.   As a first step, we are beginning a search for an Administrator (see below) whom we hope to hire by year-end to work alongside the Executive Director for a year until his retirement. We will continue to evaluate a replacement for Walter.

As we have been communicating over the past year, we believe that the Service Committee’s Strategic Plan is highly aligned with the CHARIS Objectives. We are seeking to fill this new position of Administrator with a person who shares our vision as we move forward as “boots on the ground” in continuing to implement our Plan and work collaboratively in this new CHARIS season to bring baptism in the Holy Spirit to the whole Church.

In his message to CHARIS Conference just prior to Pentecost a few weeks ago, Pope Francis said, “As I told you at the Circus Maximus [in 2017 at the 50th Jubilee celebration], what is new can be destabilizing. In the beginning, there is a sense of uncertainty about the changes that newness brings. …Our God is the God of newness. The new things of God are always a blessing because they flow from his loving heart….It is the Lord who says: ‘I make all things new.’”

The bottom line in this CHARIS moment and when Walter has announced his retirement is that the NSC is not going away. Exactly the opposite is true. We will continue to work in unity with others to foster the grace of baptism in the Holy Spirit in the whole Church, as Pope Francis has commissioned us to do. We will continue to do what we do now, but at an intensified level being open to the newness that the Lord brings.

We ask for your prayer as both Walter and the NSC begin this transition—and for our search for an Administrator who will passionately serve the NSC in implementing our Plan and fulfilling our CHARIS commission.

For an overview of the position click on the image below.
Please review the information at Catholicjobs.com before applying. 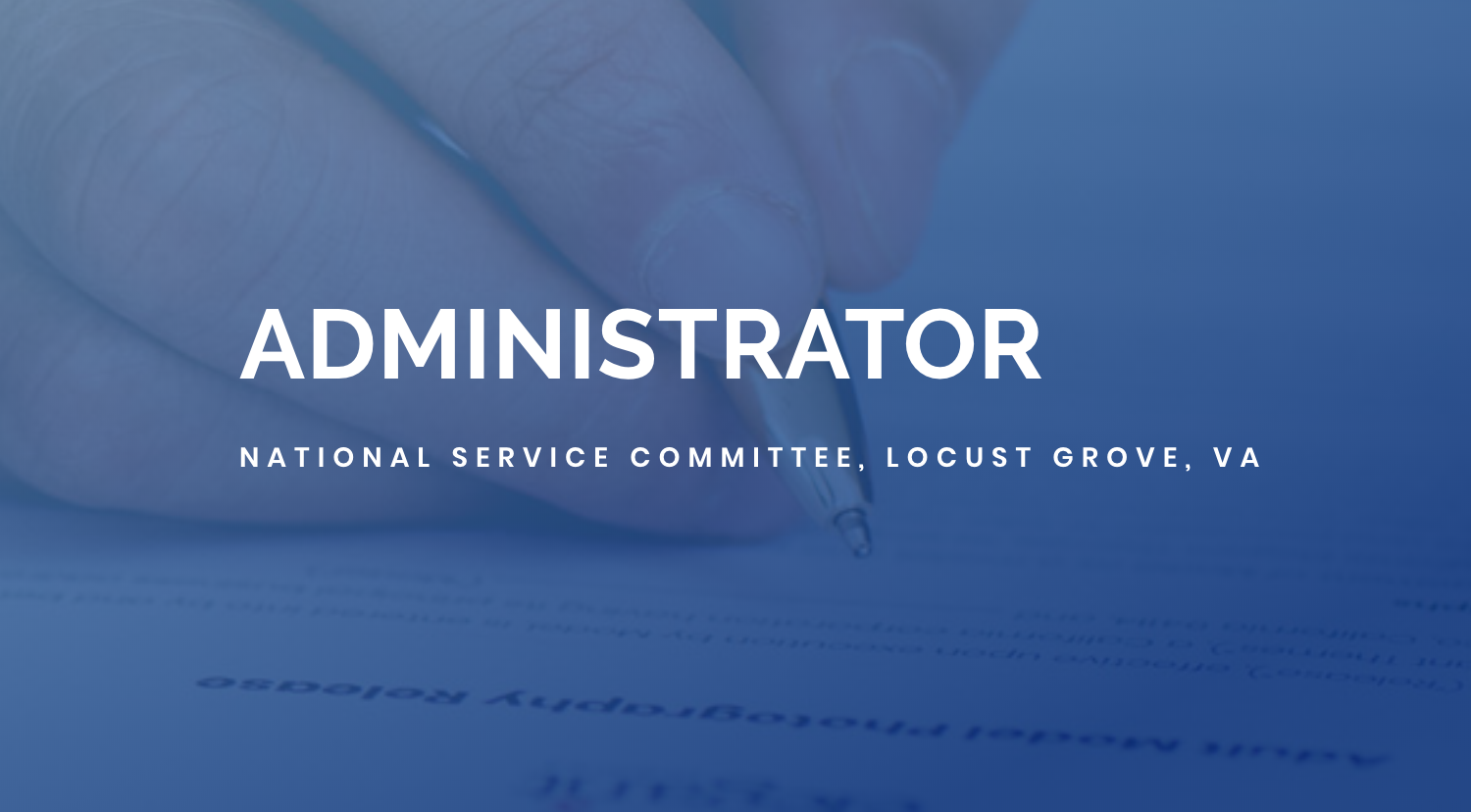 Please send a cover email stating your interest and applicable background and attach a current resume.